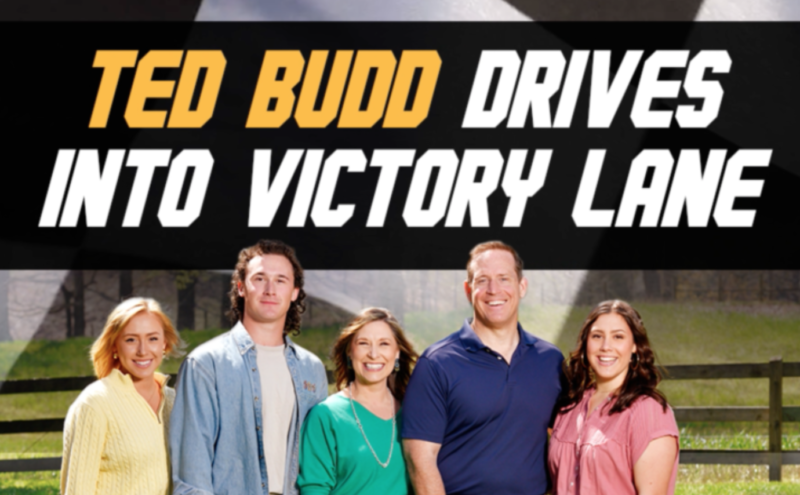 The Biden/Beasley-Agenda-Crusher is Gassed Up and Ready to Go for the General Election!

(Advance, NC) – Ted Budd has won the Republican nomination for US Senate in North Carolina. Ted Budd thanked his opponents for running a tough campaign making him a better candidate, thanked the voters for their support, thanked President Donald Trump for his endorsement, and thanked Amy Kate for helping make it all possible.

Biden/Beasley policies will cost the working families of North Carolina an extra $5,200 this year due to Bidenflation. We have chaos at our southern border. And gas prices are out of control!

North Carolina’s working families deserve a conservative fighter in the US Senate who will fight against the failed Biden agenda instead of supporting it like my opponent will do. I’m honored that North Carolina Republicans have chosen me for that challenge. We have to rename the monster truck, but I think the Biden/Beasley-Agenda-Crusher has a nice ring to it and we look forward to firing it up the general election campaign trail and crushing the Biden/Beasley agenda.

Primaries are tough, and I want to thank my primary opponents for running spirited campaigns. I know they all believe strongly in our great country, and they’ve all contributed mightily to public service. I look forward to working closely with them as we move forward, and I feel confident they all have a lot of good things left to offer our great state.

Last, but DEFINITELY not least, I want to say thank you to my wife, Amy Kate. I could not do any of this without her full support and encouragement. She encourages me, she’s supported our children while I’ve been missing in action in DC or on the campaign trail, and yes, she holds me accountable. And keeps me grounded, reminding me there’s still dishes to do and trash to take out when I get home. Thank you, Amy Kate, for all you do for our family and our campaign!