GUN OWNERS OF AMERICA ENDORSES TED BUDD FOR US SENATE 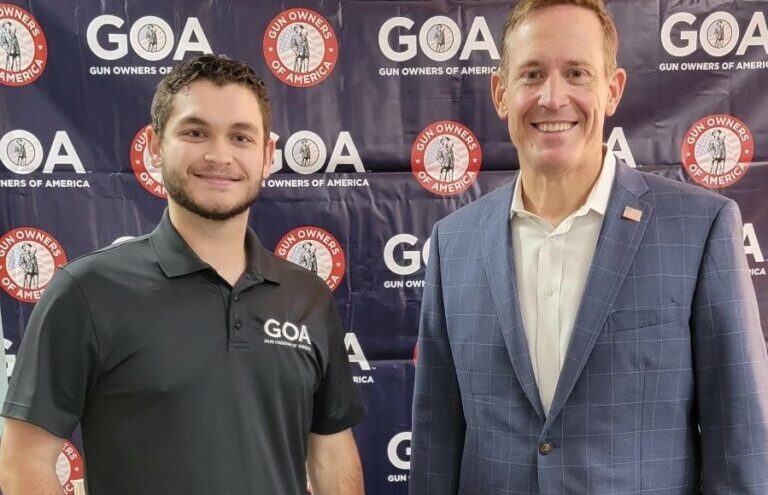 “He’s earned the support of Gun Owners of America and President Trump. He’s the gun owners’ choice for the Old North State.”

(Advance, NC) – Ted Budd today welcomed the support of the Gun Owners of America for his campaign for the US Senate. GOA is a national grassroots organization that seeks to protect the rights of gun owners across the country. GOA announced their endorsement of Ted Budd on October 8th.

The press release from GOA noted that, “Gun owners in the Tar Heel State deserve a Second Amendment Champion in the US Senate. Congressman Ted Budd has proven himself to be that champion.”

“Amy Kate and I are both big supporters of the 2nd Amendment and we are honored that the Gun Owners of America has endorsed our campaign for US Senate,” said Budd. “Safe and responsible gun ownership is our sacred right and I greatly appreciate that my fellow gun owners believe I’m the candidate who will best protect our constitutional rights.”

“Gun Owners of America (GOA) is a substantive grassroots organization that recognizes the hard work that is needed to effect positive change,” said Jonathan Felts, Senior Advisor to the Ted Budd for Senate campaign. “GOA members aren’t here just for a photo-op. GOA members are the folks who show up to knock on doors in January, hand out campaign literature, or put-up yard signs. Ted Budd for Senate is a grassroots organization and we’re glad to have GOA onboard helping amplify our grassroots outreach.”

Over the last 30 years, GOA has built a nationwide network of attorneys to help fight court battles in almost every state in the nation to protect gun owner rights. GOA staff and attorneys have also worked with members of Congress, state legislators and local citizens to protect gun ranges and local gun clubs from closure by overzealous, anti-gun bureaucrats. From state legislatures and city councils to the United States Congress and the White House, GOA represents the views of more than two-million-gun owners whenever their rights are threatened.

Ted Budd is a small businessman raised in Davie County where he and his wife, Amy Kate, live today with their three children and Boone, their dog. Ted was elected to Congress along with President Donald Trump in 2016 and has established a strong, conservative record supporting efforts to secure our borders and stand up for America-First policies that protect American jobs and increase opportunities for working men and women across North Carolina. Ted has spent his career as a small businessman and presently owns and operates a gun store and training center.