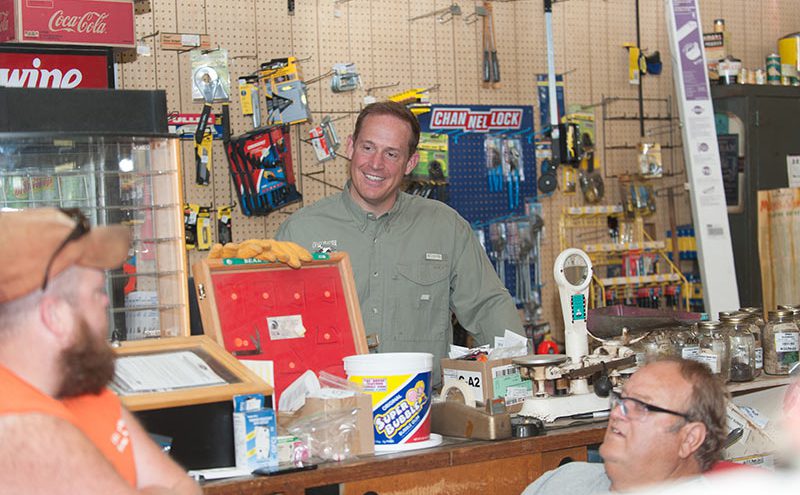 From the Green New Deal to Build Back Better, radical progressives are committed to implementing a costly socialist agenda that would break the free market system and eliminate the American Dream. Ted knows government is not the solution to every problem because everyday, hard-working people get stuck with the bill for big-spending, debt-creating socialist ideas.

Ted is leading the charge against wasteful spending in Congress. He is one of the loudest voices against pork barrel earmarks which led to extravagant waste of taxpayer dollars like the Alaskan Bridge to Nowhere. He believes earmarks are the gateway drug for overspending.

Ted agrees with President Ronald Reagan, “The most terrifying words in the English language are: I’m from the government and I’m here to help.” For his efforts to fight for free enterprise, limited government, and economic freedom, Ted was awarded the Abraham Lincoln Leadership for America award by the U.S. Chamber of Commerce and the Club for Growth’s Defender of Economic Freedom Award.

As a small business owner who knows how hard it is to make payroll and provide for your own family, Ted has the back of every job creator in the state. High taxes and debilitating, unnecessary red tape kill jobs.

That’s why job creators have singled out Ted for his dedication and success in Congress. Ted was honored to earn the Job Creators Network’s Defender of Small Business Award and the most prestigious honor given to Members of Congress by the National Federation of Independent Business, the Guardian of Small Business Award.