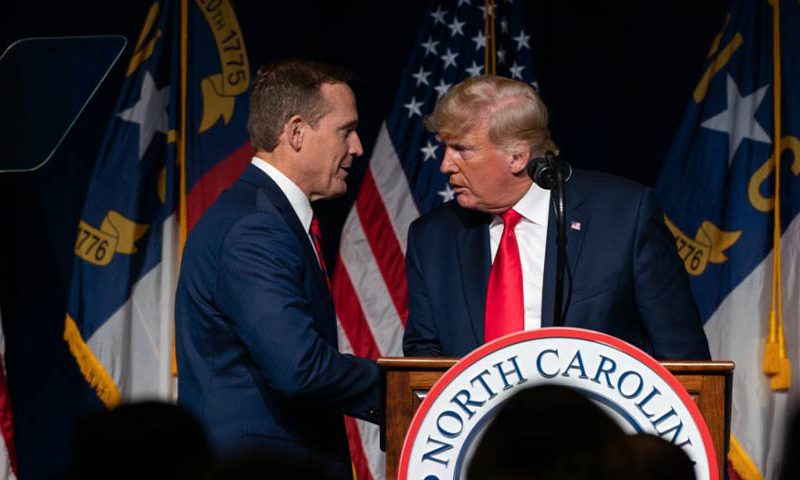 “These survey results are devastating news for the McCrory Campaign,” said Jonathan Felts, Senior Advisor to Ted Budd for U.S. Senate. “The executive summary is that McCrory’s support is soft and eroding, and completely disappears when likely primary voters learn that President Donald Trump has endorsed Ted Budd for U.S. Senate. This information results in a 45-point net swing in favor of Ted Budd, leaving him with a 19-point advantage over McCrory.”

“Given his 32-year-career-in-politics-rolodex, Governor McCrory still has a name ID and fundraising advantage, for now,” Felts continued. “But given that 80% of likely primary voters don’t know yet that President Trump endorsed Ted Budd? We feel good about our chances. McCrory’s donors need to recognize that donating to the McCrory campaign now makes about as much sense as buying stock in the Titanic after she hit the iceberg.”

Ted Budd is a small businessman raised in Davie County where he and his wife, Amy Kate, live today with their three children and Boone, their dog. Ted was elected to Congress along with President Donald Trump in 2016 and has established a strong, conservative record supporting efforts to secure our borders and stand up for America First policies that protect American jobs and increase opportunities for working men and women across North Carolina. Ted has spent his career as a small businessman and presently owns and operates a gun store and training center.